Sejarah Bandung Karate Club (BKC)
BKC stands for Bandung Karate Club was established in Bandung on June 16, 1966 by Iwa Rahadian Arsanata, The Forefather. BKC is based in Bandung, West Java- Indonesia, with its branches spread all over the country in Indonesia. Since 1962, it has initiated its establishment by the name of Bandung Karate School for Self Defense. Mardi Santosa building located at Jalan Sunda No.2 Bandung was the first place of BKC establishment. Noted as the initial members of BKC were students of the School of Physical Education Teachers, students of SMAN at Belitung Street, students of STMN – I at Rajiman street, and as well as some students of UNPAD and ITB (Bandung Institute of Technology). During 1967 until 1972, the exercise activity was moved to the Sports College’s pavilion at Van Deventer Street Bandung-West Java.

Since its inception , BKC has managed to put together an integrated program of activities as what be done by large school of karate, such as grading exercise, upgrading coaching, field training in mountains, rivers and beaches. BKC Internal Championship has been started since 1967. At the same time, Kang Iwa-the Forefather, was inaugurated by KONI (National Sport Committee of Indonesia) as the Deputy General for West Java-FORKI ( Indonesia Karate-Do Federation ). FORKI first National Championship was held in Jakarta in 1971, and the next year in late 1972, in national congress held in Jakarta, BKC confirmed as official member of FORKI.

Kang Iwa up to now is still The Chief of Board of Guru in Bandung Karate Club, even at his age of 70 years old. He manages his karate activity as Sensei at Pondok Puragabaya, the head-quarter of Bandung Karate Club. *** (rewritten by Choki Purba ) 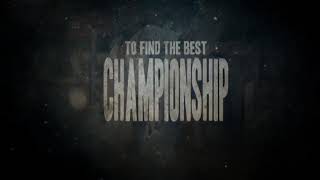